Recent events have renewed cries for stricter gun control.  The question that has risen is “How far can the Government go in restricting and individual’s right to keep and bear arms?”  In the Landlord/Tenant arena, the question becomes, “Can a Landlord prohibit Tenants from owning or possessing firearms on the property?”

The Second Amendment to the Constitution of the United States, as ratified by the States and authenticated by then Secretary of State, Thomas Jefferson, reads “A well regulated militia being necessary to the security of a free state, the right of the people to keep and bear arms sh 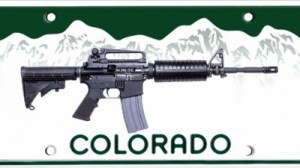 all not be infringed.” 1

At first glance, the Landlord seemingly would not have the right to limit another person’s Constitutional right to possess a firearm. There are many instances where a property owner’s right to determine what can or cannot be on his property is not absolute.

A Landlord can prohibit pets, but not assistive animals.  A Landlord can prohibit excessive traffic, but cannot prevent a Bible Study. The Federal and State Fair Housing laws limit what a private property owner can or cannot do.  If there is a “protected class” involved, namely, race, color, religion, sex, disability, familial status, or country of origin, a Landlord faces restrictions on what he can do on his property. So back to the question can a landlord prohibit a tenant from firearm gun storage?

Gun owners are not a “protected class” and therefore, not subject to Fair Housing laws.  Only governments, Federal, State or Local, cannot infringe on an individual’s right to keep and bear arms.

The matter then reverts to the property owner’s rights and the law of contract.  If a Landlord does not want firearms on his property, and the lease provides that the tenant agrees not to have firearms on the premises, it is a negotiated term and can be upheld.  However, it stands to reason that the converse would also apply.  If a Landlord wants to require that all tenants must have a firearm in the unit if they are going to rent from this Landlord, it would also be a negotiated term and would be upheld. Now that would be a twist…”To live in this apartment you must have firearm or gun owner.”