Why Should I Vote in the Elections? 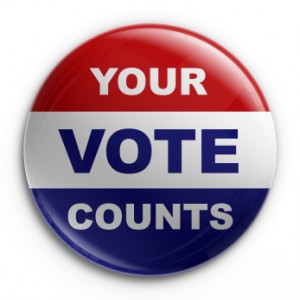 With all this talk of voting you might ask why you should bother to vote at all? Does your vote actually mean anything?

Many call voting a “sacred right,” and it is one of the most important parts of our political system, a part that goes back to our earliest days as a nation.

When he left the Constitutional Convention in 1787, Ben Franklin is said to have told a local citizen that the founders had given the nation a Republic, if we could keep it.

By that, Franklin meant that as Americans it is our duty to keep up on what is going on politically, that we should arrive at an informed, logical position about what political ideas we support, and finally that we should be sure and vote our conscience on Election Day.

Many today complain about politicians not listening to the public. Of course, if we do not bother to vote our voice will not be heard by our elected officials in the first place. Our elected representatives are guided by what we say particularly when we vote. And if we don’t vote we are telling our politicians that we don’t care what they do and that is a dangerous thing to tell them.

If you want change, your first duty is to vote your conscience.