Is it time to put your house on the market? 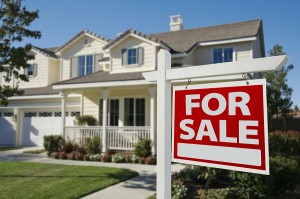 According to the latest numbers and Realtors across the Metro Denver area; home inventory is very low. U.S. home resales edged higher in January and left the supply of homes at its lowest level in 13 years, a sign that steam is gathering in the U.S. housing market.

The National Association of Realtors said on Thursday that existing-home sales rose 0.4 percent last month to a seasonally adjusted annual rate of 4.92 million units. That was the second highest rate of sales since November 2009, when a federal tax credit for home buyers was due to expire. Analysts polled by Reuters had forecast a 4.9 million-unit rate. The U.S. housing market tanked on the eve of the 2007-09 recession and has yet to fully recover, but steady job creation helped the housing sector last year, when it added to economic growth for the first time since 2005. The nation’s inventory of existing homes for sale, which is not seasonally adjusted, fell 4.9 percent from December to 1.74 million, the lowest level since December 1999. Many Americans are holding back from putting their homes on the market because they owe more on their mortgages than their homes are worth. A sharp drop in inventories over the last year has given developers more incentive to build homes. Home building is expected to boost the economy more in 2013 than it did last year. Inventories were down 25.3 percent from January 2012. At the current pace of sales, inventories would be exhausted in 4.2 months, the lowest rate since April 2005. The low inventories are also helping pushing prices higher. Nationwide, the median price for a home resale was $173,600 in January, up 12.3 percent from a year earlier.